Surely I am not the only one who registered in a good, well-regulated online casino only to find out that some online slots are not available in my country? As you probably know firsthand, it’s a frustrating and annoying situation we found ourselves in, especially if we already made a deposit.

And on top of it all, there’s Murphy’s law – our love for a particular slot is directly proportional to the chance that the same slot is not available in our country. With that in mind, let’s see why this happens, how to check slot availability in the future, and what’s the role of software providers in this scenario.

Why Do Some Game Providers Make Their Slots Unavailable In Some Countries?

The first thing we need to know is that software providers do not approach casino customers directly. Instead, providers lend their games to online casinos and in turn, casinos pay them a percentage of assets gained by their product, namely a slot game. Keep in mind that game developers are in total control of slots they’ve made, not casinos featuring said slots.

Now, all those slots are played by players coming from different countries. Each and every country has got some sort of regulation that handles the online gambling industry. Some countries are very liberal in this regard, while other countries have severe punishments for those who dabble in gambling, online or land-based. Additionally, in countries where gambling is totally legal, the laws are sometimes too complex, or more often – not clear enough, or just straight-up confusing. 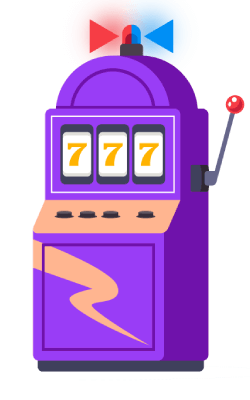 This is where the problem starts. The laws that are not precise enough, or can be interpreted in many ways, create what we call grey zones in which developers are not certain whether something is allowed, or prohibited. For instance, this will never happen in the United States of America because their laws are pretty straightforward. It is explicitly prohibited to offer and/or provide gambling services to US citizens.

This may be depressing for American gamblers, but at least providers know their legal limits, rendering unpleasant surprises almost non-existent. In all honesty, the fines for breaking those laws are so brutal that no one in their right mind can blame software providers for not being willing to take the risk. At this point, we came to the crucial point – if a developer wants to ban players from a particular country it will delegate such a decision to an online casino, which is obligated by law to prohibit a certain slot game to players.

Here’s the deal in a nutshell:

How Come I’ve Played Slot Games That Are Technically Restricted In My Country?

Don’t worry. It happened to all of us, and you have no reasons to be upset or to fear potential legal actions.

The amount of money circulating in the gambling industry is so big, that some game providers are willing to take risks that could bring them serious financial harm. However, they are desperate enough to give it a try and risk a costly fine, but in reality, such scenarios rarely occur for a couple of reasons. Game providers are run by smart people capable of developing risk assessment studies, and they will not intentionally put themselves in more danger than they can handle.

Also, a lot of countries simply don’t have the legislative, economical, or political power to enforce their laws all across the globe, a fact that is sometimes exploited by ambitious developers. In the end, it all boils down to this – game providers are more than eager to take some risks and offer us games that should be banned, or labeled illegal in our countries. However, they will never do it in countries that are capable of international law enforcement, such as the United States of America, or the United Kingdom. This explains why game providers are so rarely fined, despite the fact that forbidden slots and games emerge every day.

Why Are Branded Slots Restricted More Often Than Ordinary Slots?

First of all, let’s clear out what is a ‘branded’ slot anyway. In essence, every slot game that is inspired by a movie, TV show, video game, music band, TV personality, a novel – or any other form of intellectual property – can be called ‘branded’. Some of the most popular branded slots are The Game Of Thrones, Jurassic Park, Guns N’ Roses, Rick and Morty, Gordon Ramsay Hell’s Kitchen, etc.

Branded slots play on the emotional card because people are attracted to products they can relate to, making branded slots very convenient in terms of audience gathering. ‘Brand loyalty is not an imaginary term invented by marketing gurus, but a real phenomenon in every consumer society that companies are counting on. It’s much easier to sell something when a potential buyer is emotionally involved with the goods, and game providers and casinos are trying to capitalize on that scientific fact.

Let’s say there is a branded slot you like, based on a TV show. All of the characters, the plot, and all related visuals belong to a person, or a company, that is the copyright owner of the said TV show. You can’t just use them in your slot game without permission, which is almost always acquired by paying serious amounts of money, and/or giving the copyright owner(s) a percentage of earnings accumulated by the slot machine.

In most cases, the owner(s) is more than happy to sell those rights, but there are some legal and financial limitations. For example, if a popular TV show or a movie has a complex copyright structure, that includes different people, companies, and third parties, making a deal can be a legal labyrinth full of pits and traps. The more complex legal ownership is, the greater the chance for a branded slot to be unavailable in some countries.

If by some chance you are in a position to buy the rights for a branded slot from a big-time movie studio, you’ll find out that major movie studios have their own rules when it comes to who, and where are they selling their copyrights. It’s a legal mess, but suffice to say, they have their own policies and rules to which markets they will be open to, and in most cases, it has nothing to do with gambling, but royalties, TV rights, cinema tickets, merchandise, and many more.

So if you live in a country where some of the most popular branded slots based on movies are unavailable, it’s most likely due to the restrictions imposed by the copyrights owners, and not the gambling laws of your country. Simply put, if you want to play casino slots based on existing movies, Marvel owners have to be invested in your country’s market and potential profit that is not related to slots or gambling at all.

Why is NetEnt So Rigorous With Restricted Slots?

As we know, every game provider has a different policy when it comes to country restrictions. Some are more strict than others, but none can match NetEnt. Every now and then we see NetEnt games being unavailable to a group of countries, and some of those states are highly developed countries with impeccable gambling laws and minimal corruption, so what’s the catch?

The truth is, NetEnt has a staggering collection of slots based on popular movies around the world. Their portfolio of branded casino games and slots is literally intimidating, so we figure they are not willing to risk it all and mess things up by breaking the law even the slightest. NetEnt is one of the most recognizable and influential software providers on the market and it’s in their best interest to keep the entire business strictly by the book.

How To Find Out Is Particular Slot Available In My Country? 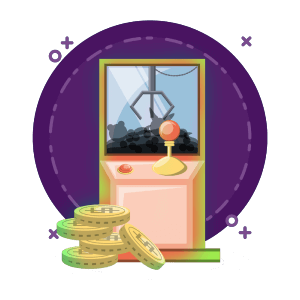 The best online casinos will check this for you automatically. The moment you open your favorite online casino website, the casino software will filter the results and show them according to the country you live in. If there are any restricted slots, they simply won’t show up during your search.

Another example is a warning banner indicating that a particular slot is restricted in your country. You’ll be able to see the game, but not play it, which can be interpreted as a discrete educational tool as well, letting you know that some rules and policies still exist in the world of online gambling.

At the end of the day, you can do the research yourself in no time. Just go to the Terms and Conditions section of the casino website you’re on, activate the ‘search’ function on your computer, and enter the name of your country. In the best scenario, the name of your country will not be mentioned in the T&C section, so you’re good to go. In other cases, the search tool will highlight the name of your country wherever it is mentioned, so it’s easy to spot all the rules and laws that apply to residents of your country, including the games you can’t play. And if you find a few free spin bonuses to boot, well, you know the drill…

Resist the temptation to play restricted games at all costs. Lying about your country of origin, or using different software to mimic users from non-restricted countries will not be tolerated by online casinos. It is a serious violation of all casino rules we’ve encountered so far, and it will most definitely have grave repercussions. In most cases, you can forget about the funds on your casino account and you will probably be blacklisted in that casino, including all potential sister casinos owned by the company.

The History of Gambling in Australia: The World’s Unofficial Gambling Capital28.12.2021

Playing Online Poker With A VPN

If you live in Australia, you’re probably aware of how tough it is to locate reputable online...
06.04.2022

Playing at Several Online Casinos – Everything You Need to Know

There are a lot of good online casinos available to Australian players, and even if we only...
08.04.2022

Games that pay out 1-to-1 or double-or-nothing are popular gambling strategies. Rather than being a strategy that...
12.04.2022

What Does Percentages of Payout Mean?

Anyone who enjoys playing pokies is familiar with the concept of choosing the number of lines to...
18.04.2022

How to Play Sic Bo Like a Pro and Win?